I’m getting a few days off from chemo and, although it’s freezing out there are still good birds to be found.

Yesterday (1/5) James Orrico and I decided to check Ash Creek and see what was up there. It was high tide and we saw all the usual waterfowl. As we finished viewing the birds we heard 2 Killdeer, but didn’t see much else so decided to check St. Mary’s for gulls. The tide forced to gull into the water and we found them all loafing in the surf. We scanned the gulls, not finding anything unusual then scanned behind them and saw a couple Great Cormorants, Red-breasted Mergansers, and Buffleheads. Before we left we decided to scan the gulls again. What a difference the scope made! After a couple minutes I picked out an adult Kumlien’s Iceland Gull, my first of the winter and for St. Mary’s. My frequent checks of the St. Mary’s gulls had finally paid off! With the gull under my belt I decided to head home for the day. 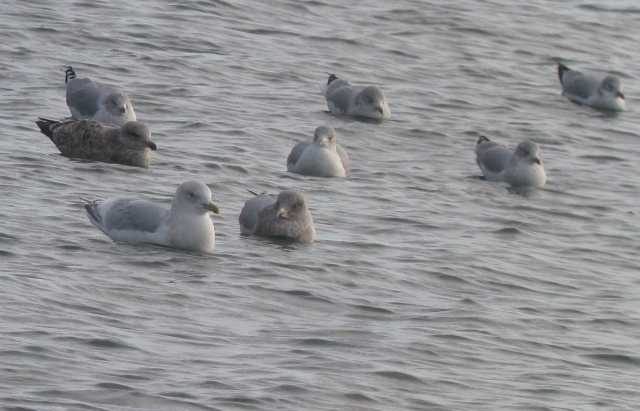 We picked up where we left off the day before and visited Captain’s Cove first. As I scanned I was surprised to see two male Canvasbacks which seem to be reliable at only one location in the state right now.

I am still learning how the use the scope, and it shows today. The photos I took are unfortunately lopsided, but at least they show the birds.

We continued on to the first-winter Western Willet that has been seen in the Johnson Creek on the Stratford-Bridgeport line since monday. I remembered this spot from getting off the highway other times I visited Stratford for birding. We got off but coundn’t find a place to park so drove over to the Bridgeport side and tried to see if we could view the creek from the marina there. After finding a spot we scoped the birds but found no Willet. We were then told this was private property and were kicked out of the marina. Discouraged, we drove back to the Stratford side and found a spot that we thought may work. After a few minutes of scanning we found the Willet sleeping on one of the ramps. Soon after, Bill Banks arrived (one of the birders that found the bird) and reminded us about the juvenile Black-crowned Night-Heron that had been hanging out at the spot. In no time we were on it and enjoyed great looks. 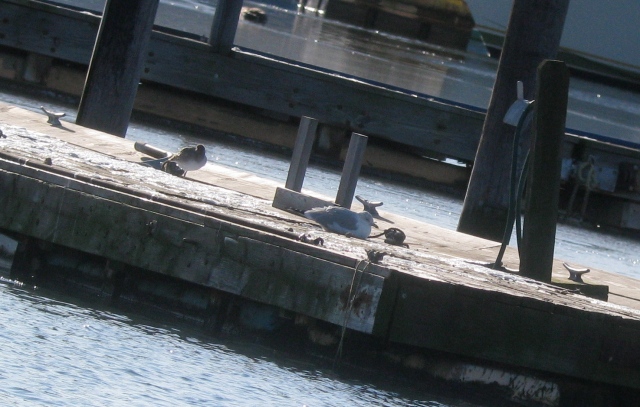 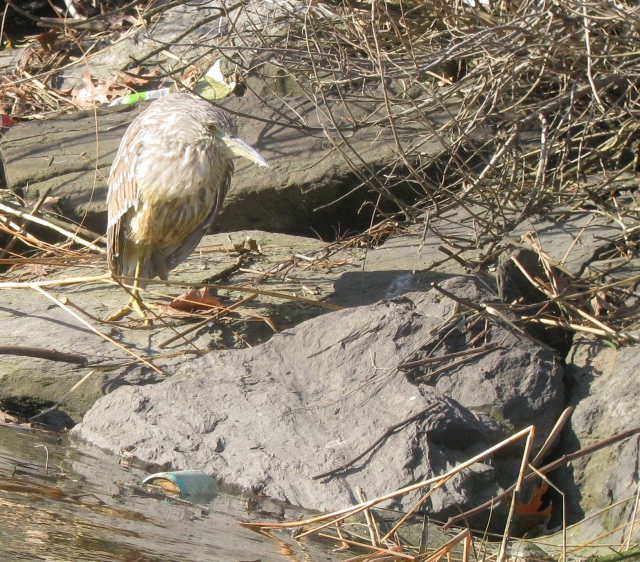 After the Willet we visited Long Beach but found only cold and wind (which I cannot be in for too long right now) so we moved on to our last stop Frash Pond. We found a lot of roosting birds but nothing unusual so called it quits for the day.

This is my first real outing since surgery and I was happy to be out. My birding has been growing and pretty soon I’ll be at full speed again.

This entry was posted in Connecticut Birding. Bookmark the permalink.