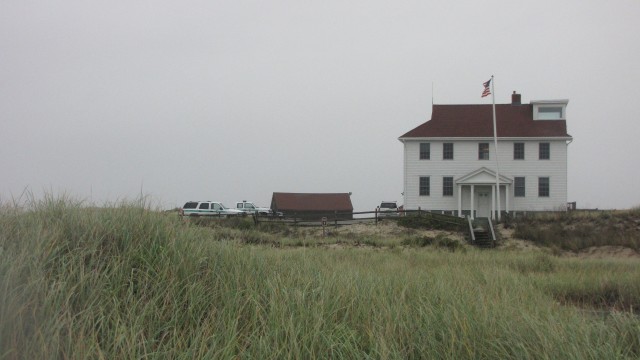 For the 3rd time in the past couple weeks, James Orrico and I met Dave Hursh at Race Point in P’town, the location of my second IVGU of the winter last January. Because of the storm happening around us, we were hoping for some land-based observations of pelagics, and, if the rain cleared up, some land birding. It was to be a great day, with many surprises in store.

We met Dave at 9:30 and got right to work scoping the seas off Race Point. At the very beginning Dave located a possible Long-tailed Jaegar. Unfortunately, the bird was only in view for a few seconds and he was never able to confirm it. Common and two Roseate Terns, flew out over the water, battling the wind. Two Fish Crows were also in the area. After an hour or so, we left the beach pretty much empty handed.

By the time we reached Head of the Meadow Beach in Truro, the wind and rain had picked up in velocity. This time there was no shelter and the beach was an absolute washout! We did stop for a few minutes and watch the waves and the beach. There were a few shorebirds, braving the wind including, Semipalmated Sandpiper, Sanderling and Semipalmated Plover

After Head of the Meadow we had a decision to make, continue seawatching, which, so far had proved fruitless or head for the Wellfleet Bay Wildlife Sanctuary and try to wait out the rain while watching the feeders. Or decision made, we veered south towards Wellfleet.

After a nice hour+ stop at Dunkin Donuts (talking birding of course!) we arrived at the sanctuary which was absolutely PACKED. We finally found a parking space and went inside to warm up. The rain kept coming down, but the feeders were bustling with activity. We found a comfortable place to sit and watch the show.

After more than 30 minutes of waiting the rain cleared enough for us not to get terribly soaked outside. We decided to take the chance and brave the elements.

At goose pond we encountered a bunch of yellowlegs which all turned out to be Lessers. Storms like this commonly move Lessers up the coast along with Stilt Sandpipers. We ended up having 12 Lesser Yellowlegs on the day, more than the number of Greaters seen.

We continued on to the boardwalk, where we encountered a flock of Black-bellied Plovers. We then hit the beach, and immediately found a large tern flock, which included a molting juvenile Forster’s Tern.

We then moved over to scope the marsh. I locked on to a Long-billed type Dowitcher and began to study it. Meadwhile, James was onto something much more rare. He and Dave started discussing the bird but I wasn’t ready to leave my Dowitcher. Dave came running, “Alex, Alex you gotta see this.” I came rushing over and soon was staring at an all-white shorebird foraging with Leasts. On closer inspection though the scope we noticed some brown outlining the wing coverts, tertials and some on the head as well, with a bit on the cheek and tail. We also noticed yellow legs. The bird’s size, behavior, bill shape confirmed it as a Least Sandpiper.

After admiring the bird for a good while I knew I needed to document it. I walked down into the marsh and started snapping. Most of the photos, are useless, however as I had forgotten to take my ISO off 80. I changed it at the end and we finally able to get some decent shots. 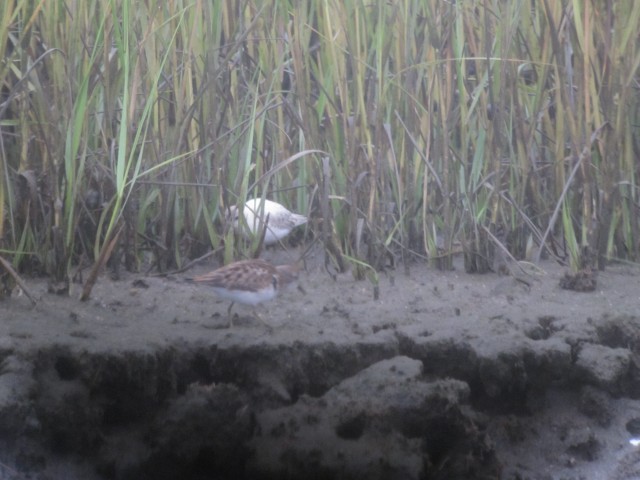 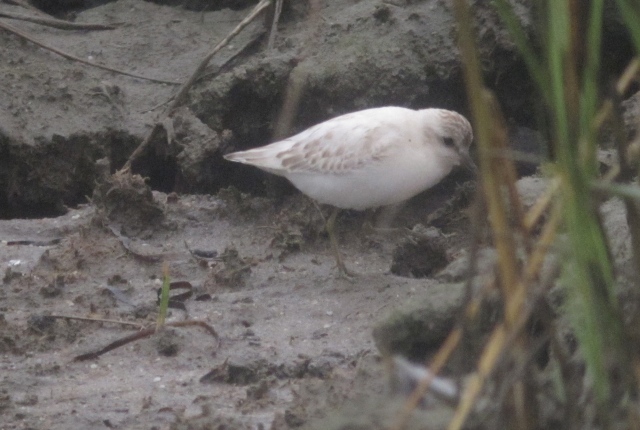 The overall browness of the bird, note the wing coverts and tertials

Finally, after all the excitement it was time to head back. As we stood and talked next to the solar panels, a Red-breasted Nuthatch flew in and after chasing away a few Black-capped Chickadees, flew off. At the same time I was able to get within feet of a young Field Sparrow that was extremely tame. Unfortunately the camera lens had become fogged up under the filter, but the shots are still OK. 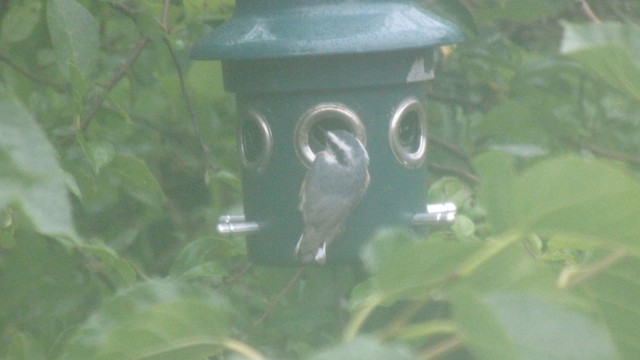 A Great Day of Birding Followed by an excellent seafood dinner with Dave and the family. Awesome!

This entry was posted in Cape Cod Birding. Bookmark the permalink.