Provincetown as viewed from the High Head area of Truro

Dave Hursh and I spent the very warm Saturday hitting spots along the entire length of the Cape, mainly in search of recent reports or birds we haven’t seen in a while.

Our day began at Race Point where we ran into Bob Dewire and group. As soon as Bob mentioned the Brown Booby (a life bird for Dave) and Thick-billed Murre (a life bird for me) had been seen at MacMillan Wharf in P’town just this morning, we quickly departed Race Point en route to the wharf.

Once there, it didn’t take long to located the Thick-billed Murre but the Brown Booby proved a little more elusive. Terrific looks of the murre were obtained along with many Razorbills, some swimming right under the wharf! Also present were up to 8 Red-necked Grebes, a few Long-tailed Ducks and all three scoter species. Eventually, we were able to pick out the booby in flight beyond the breakwater. We managed to get horribly backlit views, but the bird’s size and shape made it very distinctive.

Common Eider - a species always present in numbers at the wharf 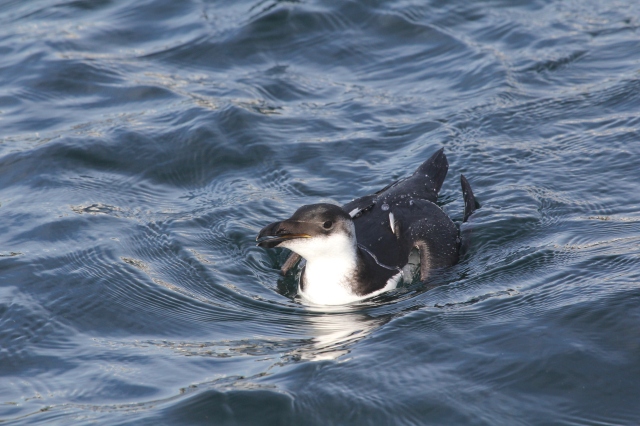 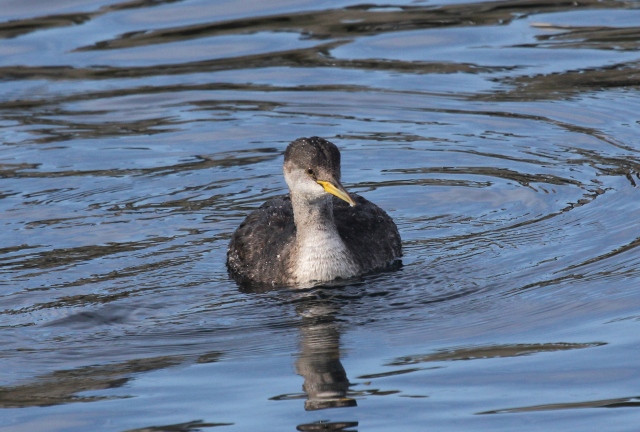 We returned to the wharf after breakfast, getting even better looks at the TB Murre as well as the Brown Booby, now perched in plain sight on the breakwater. A Peregrine Falcon was also present, sitting atop the P’town library as well as a lingering Laughing Gull and 3 late Common Terns. 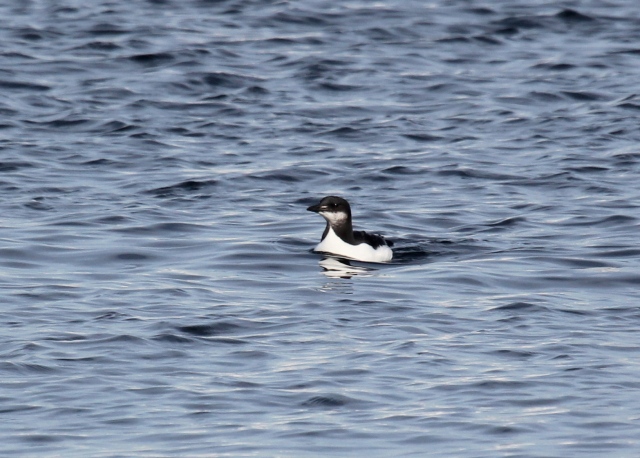 It was then off to Race Point to finish what we had started. Highlights included substantial numbers of Red-breasted Mergansers, 2 Red-necked Grebes, very close looks at 12 Black-legged Kittiwakes (all adults) as well as 8 Bonaparte’s Gulls and many more Razorbills.

We then departed Provincetown, headed south. Our first two stops in Truro didn’t hold much in the way of landbirds and we soon continued on to the Cequessett Neck Dike in Wellfleet in hopes of turning up the male Barrow’s Goldeneye that I’ve had there for the past two years. No Barrow’s but nice looks at some very close Horned Grebes, RT Loons and others.

It was then on to Keyes Memorial Beach in Hyannis to try for the previously reported Black-headed Gull. Upon arrival, we netted a 1st yr male Harlequin Duck, a rather odd bird for this location. While watching the Harley, our terrific luck continued when the Black-headed Gull flew right in, making two passes before continuing west.

Another shot of the Harley 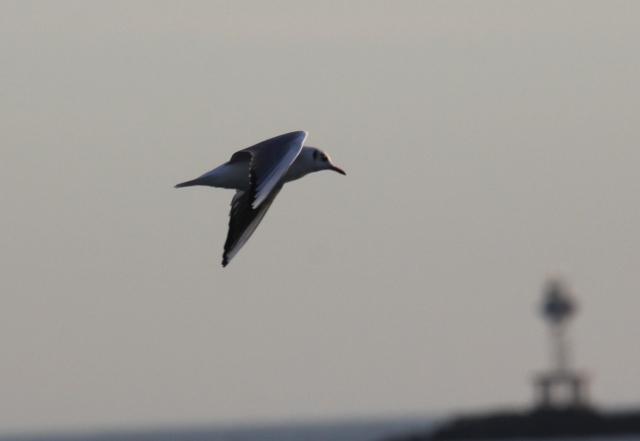 BH Gull - note the distinctive primary pattern of this species

Our last stop of the day was Ashumet Pond in Mashpee where we netted the continuing male Barrow’s Goldeneye among a number of Commons as well as the largest numbers of American Coots I’ve seen on the Cape. 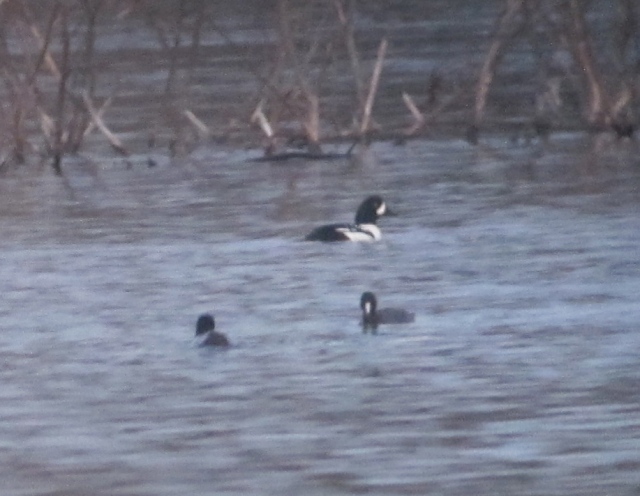 Another terrific day of birding the Cape!

This entry was posted in Cape Cod Birding, Rarities. Bookmark the permalink.