Coming off the best birding year of my life (2011), I really wasn’t sure what to expect in 2012, both in terms of where I’d go that year, and actually how much birding time I’d get. Both were affected by an unstable treatment status, which haunted me for much of the early part of the year.

Nevertheless, 2012 turned out to be a great journey in the birding world, characterized for me by two awesome migration periods (spring and fall) and an incredible trip to California over the summer.

The year began with three very successful rarity chases. The first entailed a trip to Union Township, New Jersey for a Common Chaffinch, whose providence was obviously being called into question. 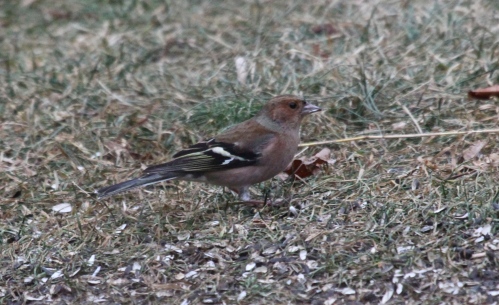 The second was for a nice Pink-footed Goose in Somers, CT, one of multiple in New England that winter. 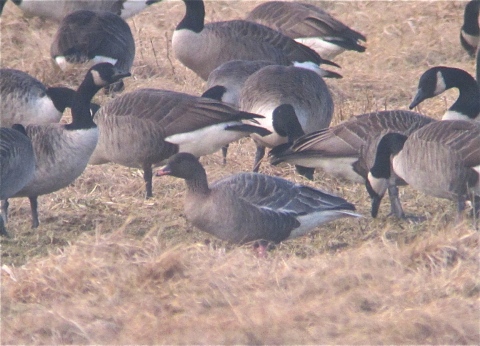 And the third was for a stunning female Townsend’s Warbler in Ipswich, Mass, which was followed by a nice stop in the Gloucester area.

Surgery followed, and I was mostly out of commission for a while, at least in terms of birding trips.

I was able to get around a little locally during the month of February, before a bout of colitis struck (related to the treatment), putting me out of the birding theater once again at the end of February and beginning of March.

Once out of the hospital, my family headed to Florida to get away from it all. Down there I was able to get quite a bit of birding done, highlighted by a very successful day in Hernando County which yielded Henslow’s and Le Conte’s Sparrows, Sedge Wren, Chuck-will’s-widow and Budgerigar, among others. (More Florida photos here) 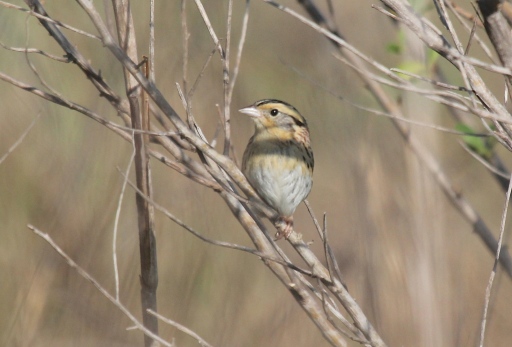 Returning home, I got right back on the local birding scene, hitting my yard and favorite patches nearby. The biggest highlight of the period was probably my first encounter with Ring-necked Pheasant at Pine Creek since 2008, as well as some great birding in the yard.

Soon after the colitis struck again, and I spent much of mid-April in the hospital.

I returned home at the end of the month, just in time to witness an unbelievable spring migration period in Fairfield, certainly my best ever. I birded nearly every day, spending some quality time with my favorite family of birds, the wood warblers.

It’s tough to choose a single, definite highlight to define this period. Top honors would certainly have to go to the great initial days, the twenty-warbler day in Fairfield the next weekend, as well as the record-breaking effort of the Fairfield Big Day the week after. 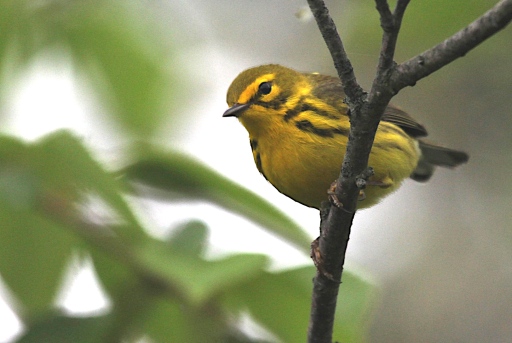 The breeding season soon kicked into high gear. Early June was highlighted by a very successful Breeding Bird Survey at Hoyden’s Hill as well as a great trip to the Sterling Forest in Tuxedo New York, which included great looks at two Mississippi Kites, as well as less-than-stellar views of some secretive Golden-winged Warblers. 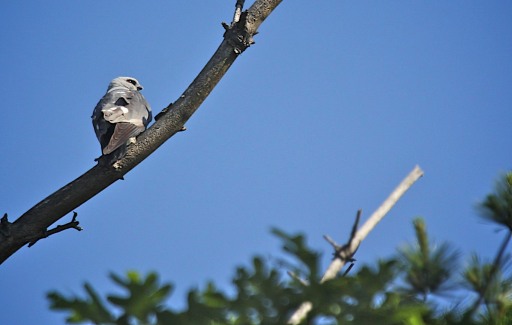 During the next few weeks, I was able to catch up with a few of my nemeses (Black-billed Cuckoo and Eastern Whip-poor-will) and also made a successful stab at the Chestnut-collared Longspur in Biddeford, Maine.

Following another surgery at the end of June, my first major birding endeavor was up in Ithaca, NY at the Cornell Lab of Ornithology’s now annual Young Birders Event.

This event was a terrific opportunity for myself and fellow young birders to meet and learn from leading names in ornithology, as well as experience some of the newest technologies in the field, giving us a good idea of what a career in ornithology (or any related field) might be like. Of course, the birds didn’t disappoint as well!

Just a few days later, my dad and I embarked on our trip to California, which would go down as one of the greatest vacations we’d ever had. In twelve whirlwind days we made our way from San Francisco down to San Diego, taking in the numerous habitats that lay in between.

The birding on the trip was simply incredible, and we ended up recording 202 species when the whole thing was over, shattering my counts on any previous trips. Standout birding moments included my first Pacific pelagic, a magnificent and life-affirming day in Yosemite National Park, a crazy non-stop day birding Kern County with Bob Barnes, and seeing my last North American scrub-jay.

Black-footed Albatross while on my first experience pelagic birding out in the Pacific!

Once home, my family headed out for a stint in the Cape, with a stop in Rhode Island on the way back. Now in the heart of shorebird migration, I couldn’t pass up a chance to spend a morning at Napatree Point, just over the border in Watch Hill, Rhode Island.

This spot did not disappoint, and yielded such shorebird highlights as Piping Plover, ‘Western’ Willet, and Red Knot. Two Roseate Terns rounded out of the list of notables for the morning.

A week later, I enjoyed a terrific start to the local fall passerine migration with a fifteen wood-warbler morning at Pine Creek highlighted by a Yellow-bellied Flycatcher and Mourning Warbler, as well as 64 other species to boot. 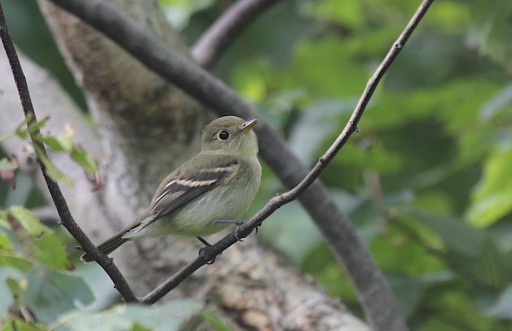 The next few weeks saw a number of quality mornings at Pine Creek, all with large species totals. I made my inaugural visit to the Fairfield Metro Conservation Area in early September, which would become a favorite spot of mine over the course of the fall. Highlights on this visit included Dickcissel and Bobolink.

The quality trips to Pine Creek and the Fairfield Metro Conservation Area continued over the remainder of September. A count of seventy-one species on the morning of September 16 at Pine Creek was my highest single-visit total there ever, highlighted by a single Philadelphia Vireo and Clay-colored Sparrow.

The day after the monster count of siskins, I successfully chased a Wood Sandpiper in Jamestown, Rhode Island, one of many Eurasian shorebirds to grace North America this year.

Connecticut endured its second major hurricane in two years with Sandy at the end of the month. While Sandy did significant damage, it also presented terrific birding opportunities. The birding highlight of Sandy, for me, was a successful seawatch at Pine Creek Beach in Fairfield that yielded TWO Leach’s Storm-Petrels, Black-legged Kittiwake, and a Sooty/Bridled Tern that avoided specific ID, among others. 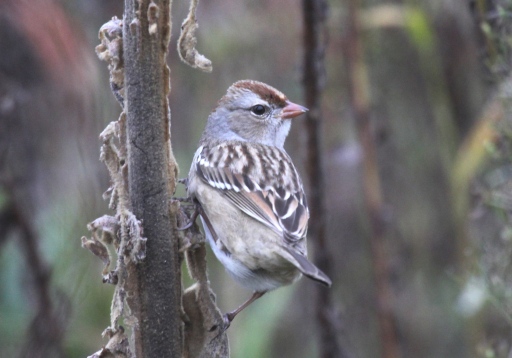 I had some fun outings in the field locally during the first couple of weeks of November, including two terrific trips to Pine Creek, with the second weekend also including successful jaunts to the Fairfield Metro Conservation Area and Fairfield U, where I enjoyed my first ever White-winged Crossbills in Fairfield.

The next weekend, I journeyed to Bridgewater, Mass, where I took in my second European stray in a month, a stunning Northern Lapwing. This bird was followed up with a visit to the East Beach area of Rhode Island, which produced a sensational show of winter irruptives, including both crossbill species. 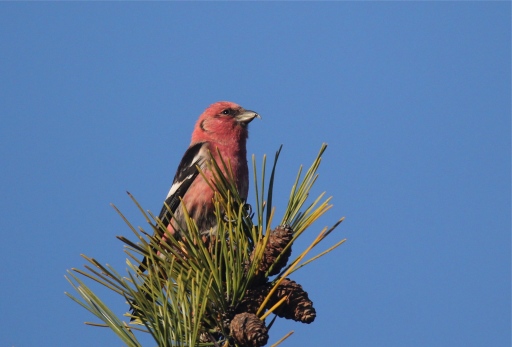 A relaxing thanksgiving break then ensured, followed a couple of weeks later by my third surgery of the year. December has been a quiet month for birding, with a stray check of the feeders here and there as I’ve been recuperating.

So that was my 2012 as far as birding went. An incredibly successful effort, when I was able to make it out into the field. With the impending occurrence of the start of 2013 in just a few hours, I’m finally feeling well enough to make it into the field and get the year list off to a great start.