With just one day left in California, it was time to put the pedal to the metal, and try to nail down our remaining targets.

Species such as Mountain Quail, Golden-crowned Sparrow and Glaucous-winged Gull took the highest priority, and it was hoped that a dedicated effort might notch all three species.

We started our morning at the Pacific Crest Trail on Kitchen Creek Road in the Laguna Mountains, shortly after dawn. Our primary target here was Mountain Quail, a species that we missed at this very spot last year.

Starting my trek down the trail, it was clear we had arrived at a more productive time of day than on our last visit. Numerous species were vocalizing all around, including a number of crowing Mountain Quail.

We counted up to five calling males, but there were likely many more hidden in the brush. Unfortunately, none of them ever showed themselves, but other species such as Anna’s Hummingbird, Western Scrub-Jay, Wrentit, Western Bluebird, California Thrasher and Spotted Towhee kept us occupied. 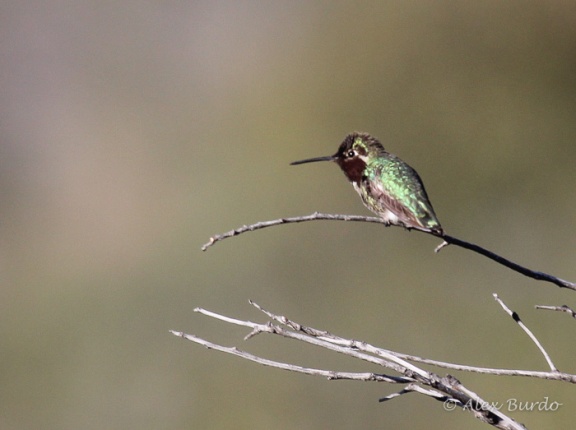 Having dipped on a quail visual at the trail, we continued down the road, hoping one or two might cross in front of our car. On the way, we noted many of the same species as before, as well as two new birds for the day, Red-tailed Hawk and Oak Titmouse.

After a bit of driving, we decided to try to make another attempt on foot, this time at Cibbets Flat Campground farther up the road. No quail here, but a few Acorn Woodpeckers, Steller’s Jays and ‘Oregon’ Dark-eyed Juncos kept us busy.

A trail further up the road from the campground produced the same result, although we noted a number of singing House Wrens.

Having reached the end of the road, we again made another jaunt down and up to the gate. However, no Mountain Quail ever showed themselves. With the mid day sun becoming stronger, and with plenty of other sites to visit, we decided to pack it in, and once again hand the victory to the quail.

Heading west towards San Diego, our first stop was at the beautiful Cabrillo National Monument, overlooking the city.

It was with this gorgeous view in the background that we were able to notch our first major target of the day, in the form of four Golden-crowned Sparrows foraging in close proximity to a spot local birders have dubbed, “the drip.” 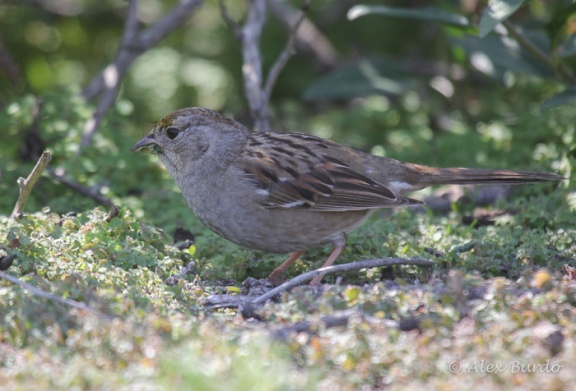 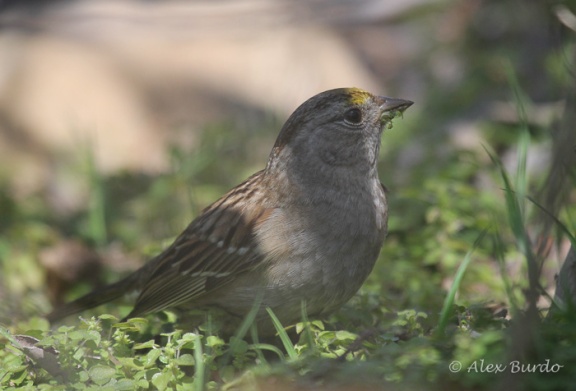 The sparrows provided awesome looks, but they weren’t the only highlights recorded at this location. Species such as Sharp-shinned Hawk, Peregrine Falcon, Common Raven, Bushtit, Wrentit, Orange-crowned Warbler and California Towhee were also noted. 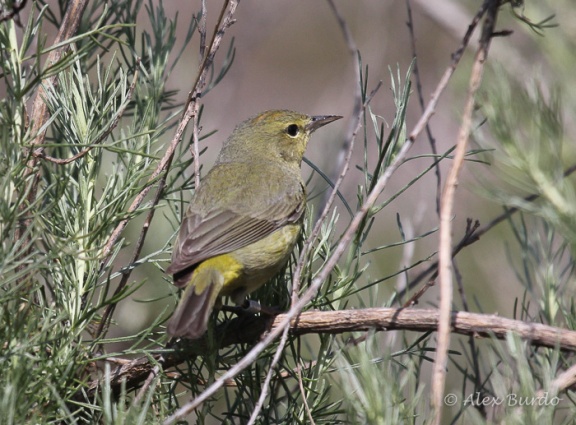 With Golden-crowned Sparrow in the bag, we could now focus all of our energies on pinning down the pesky Glaucous-winged Gull.

Glaucous-winged has recently been reported at the mouth of the nearby San Diego River, and it was here that we made our first attempt of the day for this species.

Unfortunately, we were never able to pin down the Glaucous-winged, although fantastic congregations of birds were present, keeping us busy scanning and counting for quite some time.

Highlights included ‘Black’ Brant, American White Pelican, Long-billed Curlew, Heermann’s Gull, Caspian, Royal and Elegant Terns and American Pipit, among a slew of other species, including a number of waterfowl species that are also common in Connecticut. 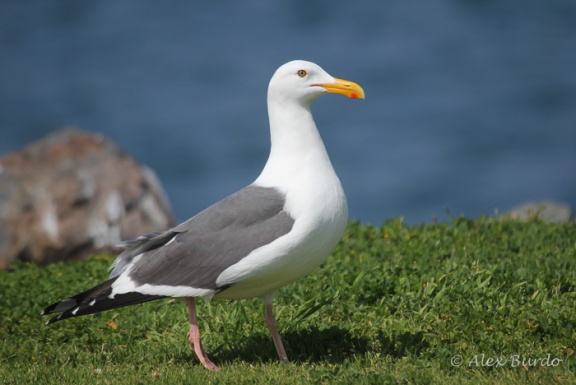 One of the numerous Western Gulls.

After our vigil at the river we moved north, preparing to make our last stand for the gull at La Jolla, one of my favorite locations in all of San Diego County.

A few hours at La Jolla turned up no sign of any Glaucous-winged Gulls, making for one of the most painful misses of the trip, right up there with Mountain Quail.

Impressive numbers of birds (including Brown Pelican, Brandt’s, Double-crested and Pelagic Cormorants) and California Sea Lions along the cliffs were nice to see, but could not make up for missing such a highly desired species. 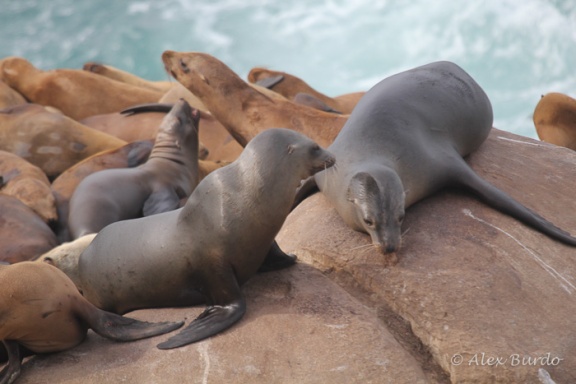 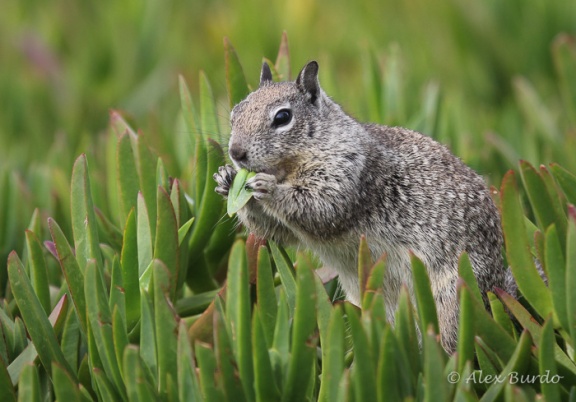 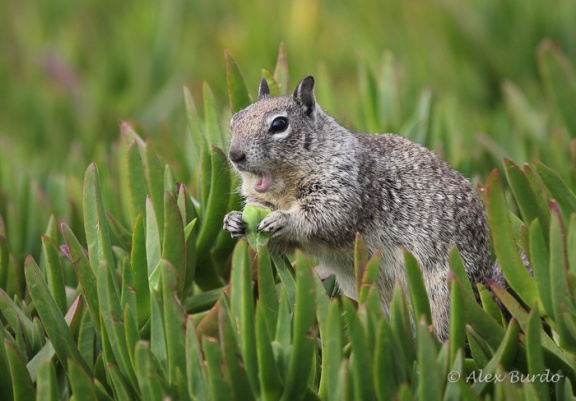 “Ah yuuuck, what are they putting in the greens these days?”

With that, we decided to return to San Diego for our final dinner in the city. We were happy about finally netting Golden-crowned Sparrow but the sting of missing both the quail and gull has yet to wear off.

Oh well, that’s why you come back! Despite the fact that we finished the California portion of our adventure with a glaring miss, the highlights of the trip, including Scripps’s Murrelet, Mew Gull, Mountain Plover, Yellow-footed Gull and Golden-crowned Sparrow, greatly overshadow the misses.

I’m now more excited than ever to return to the west coast and attempt to nail Mountain Quail and Glaucous-winged Gull, which I can still see taunting me from the other side of the country.

After our last night in San Diego, we boarded an early flight to begin the next phase of our trip, Southeastern Arizona!

This entry was posted in CA/AZ - March 2013, Uncategorized. Bookmark the permalink.