Yes I know what month it is. June. And yes, it says “2/3” up there. That is not a typo. This post really does detail an event that took place on February 3rd. Why? Why wouldn’t I get over something that happened months ago and move on? Two words: Pine Grosbeaks.

Simply put, Pine Grosbeaks transcend the borders of months and seasons. Their beauty, personality, and wildness defies all oddness about posting on an event that occurred months ago. Although strictly winter visitors to Southern New England, this species is the “cream of the crop” when it comes to winter irruptives, and can (and should) be enjoyed year round.

My first encounter with these birds came during a trip to Yosemite National Park last August. Having desired to see this species ever since I could tell a Northern Cardinal from a Canada Goose, chancing upon two female-type Pine Grosbeaks working the undergrowth on my way up Tioga Pass was a dream come true.

But my want to experience Pine Grosbeaks did not end with a tick on a list. Instead, that tick furthered my desire to get to the next level in the Pine Grosbeak experience.

During the periodical irruptions of these birds into New England, it is no surprise to start-up one’s computer and be baffled by the sheer quality of photos and looks of nearby Pine Grosbeaks that others are describing. To me, the “next level” in my Pine Grosbeak saga was not to be on the receiving end of this event for once. I wanted to be the one doing the bragging. I wanted to be the one with the looks and photos.

The last major Pine Grosbeak incursion occurred during the winter of 2007-2008, when I all but missed chancing across these birds. Thus, when reports began to build during this past fall of individuals moving south, my excitement began to build.

My anticipation and excitement over seeing and documenting Pine Grosbeaks well culminated in a visit to a corporate park in Shrewsbury, Massachusetts back in February. There, on that glorious day, I didn’t just reach the next level in Pine Grosbeak experiences. I surpassed it.

A flock of around thirteen Pine Grosbeaks had taken up residence in the area, feeding on the plentiful berry-bearing trees spread throughout the park. For more than two hours, Jim Orrico and I had these wonderful birds largely to ourselves, as they gorged on berries within arms reach.

It had been the experience I had been waiting years to enjoy. During our visit, we took numerous photographs and fields notes, but also relaxed and watched the birds stuff themselves. Their feast was accompanied by a chorus of soft, clear whistling notes, as if the grosbeaks were noting their contentedness with the whole thing as well. Occasionally, the flock got too full and would fly up to one of the nearby trees to rest and preen.

Despite the fact that I had heard just how tame Pine Grosbeaks can be during their southerly movements, I never expected the experience I enjoyed on this faithful day. At first, I tried to keep my distance from the birds, as I assumed they’d be stressed from their constant wanderings. But much to my surprise, the grosbeaks took no apparent notice to our presence, making their way even closer to get at the best berries, even if they lay on the ground next to our feet.

The tameness these birds exhibited might have been due to hunger, but was likely more the consequence of their lack of experience with humans. Based on the remote places that this species inhabits during the breeding season, it would be fair to assume that some of these birds may have never seen people ever before this winter. Thus, their tolerance of our close presence was probably more attributed to their lack of experience with our species, than for any other reason.

Below, I have posted a selection of the numerous images and video I captured during our time with these birds. As always, click on the pictures to enlarge. 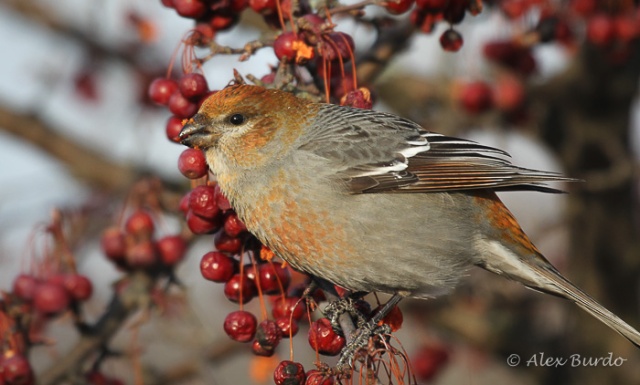 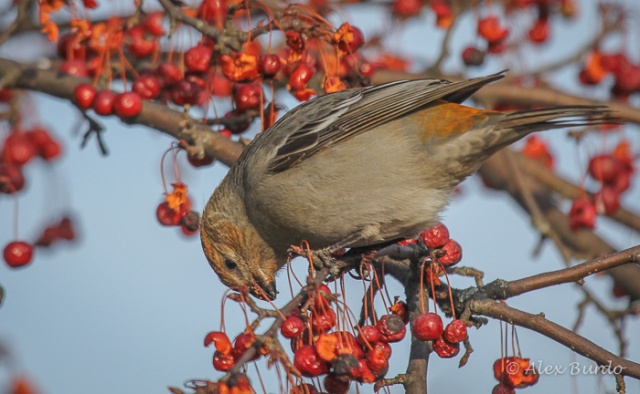 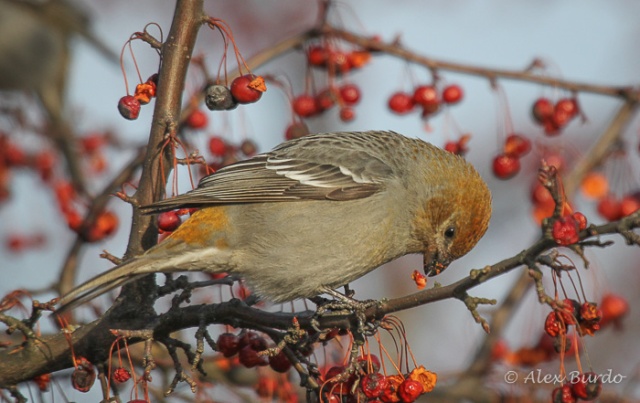 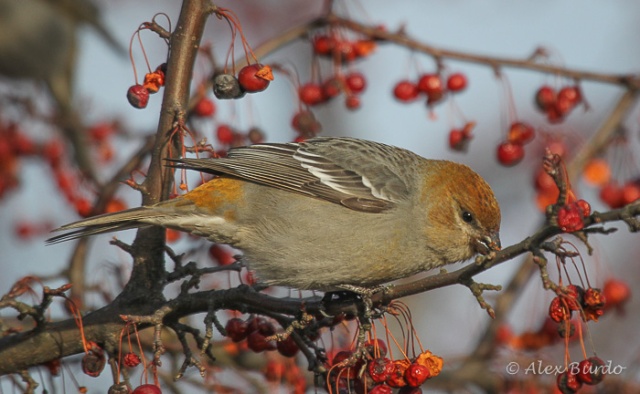 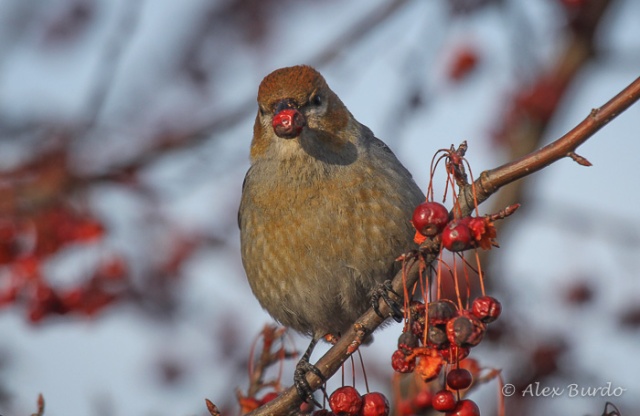 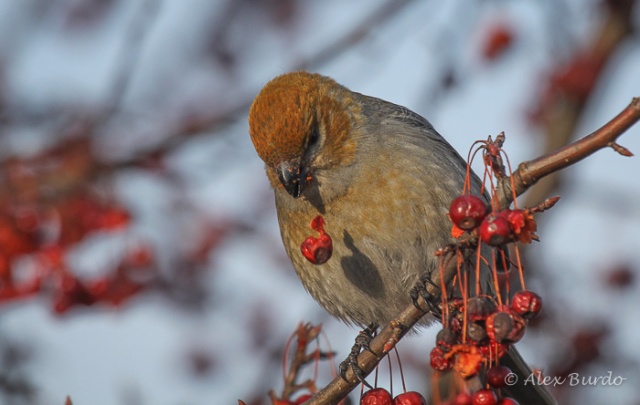 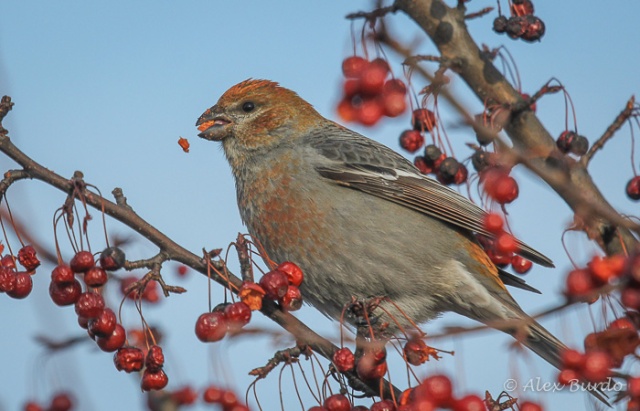 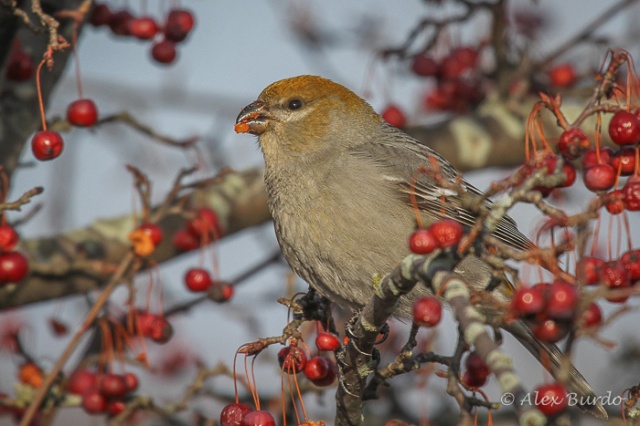 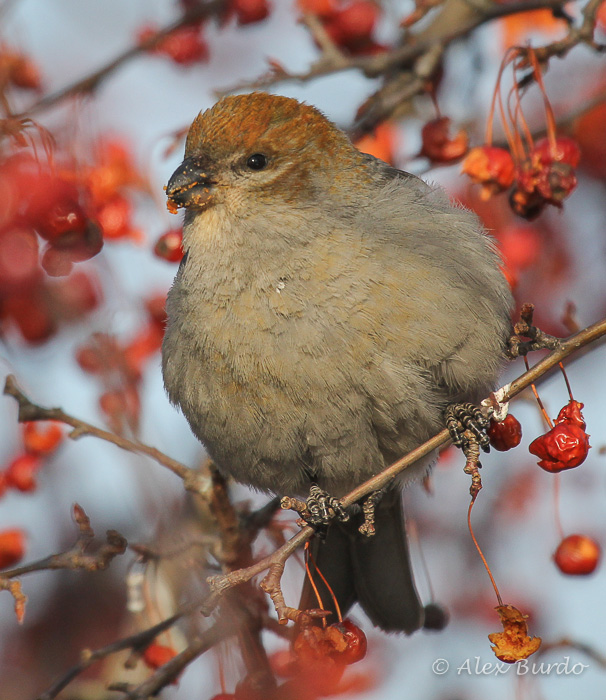 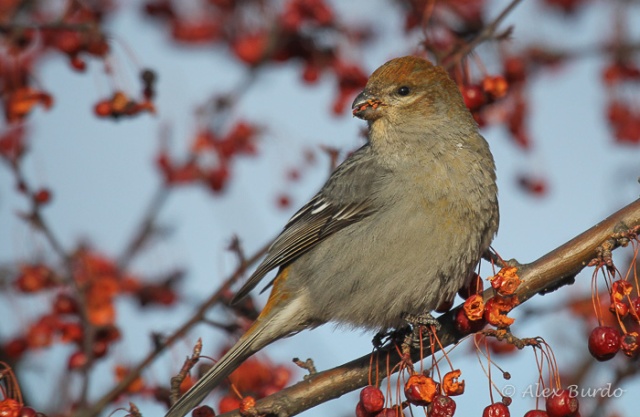 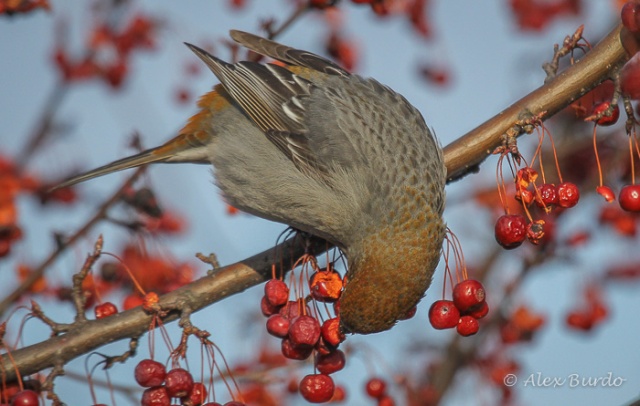 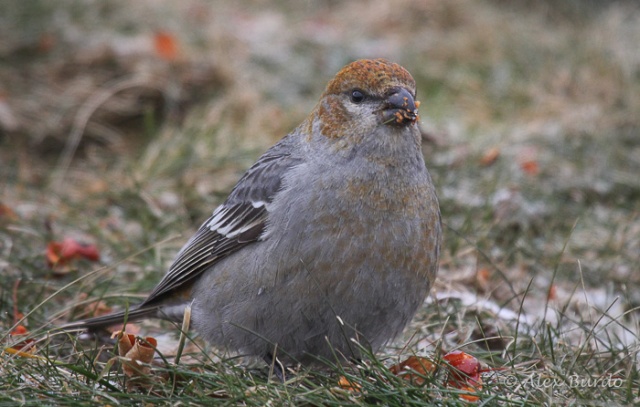 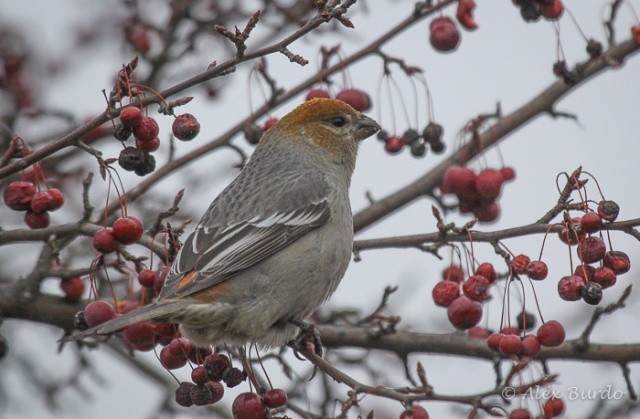 This entry was posted in Elsewhere Birding. Bookmark the permalink.